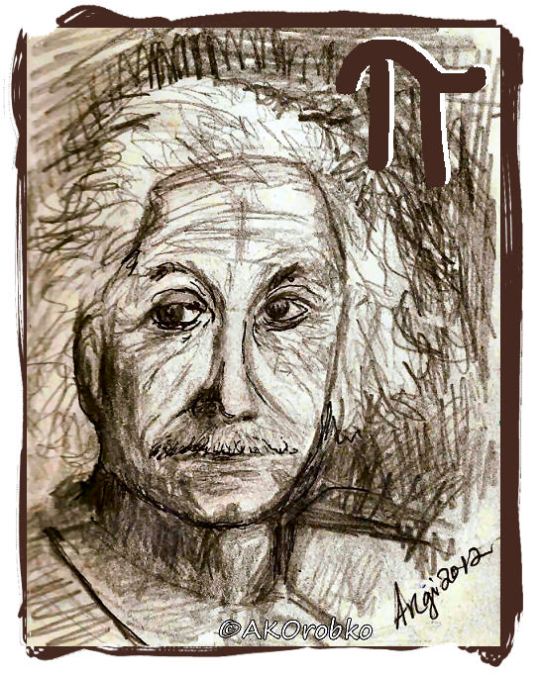 Pi π -Number. The number π is a mathematical constant that is the ratio of a circle’s circumference to its diameter, and is approximately equal to 3.14159. Wikipedia

In honor of both I would like to share 14 of my favorite Albert Einstein quotes and a great π website: http://www.piday.org/million/.
Let us always be curious, use our imagination, be understanding and be true to ourselves! Happy birthday Einstein! Happy π Day!
P.S. Yes, that is an original drawing of Einstein that I did last year. I digitally drew in π onto it. ♥ Doc Angi
Related articles