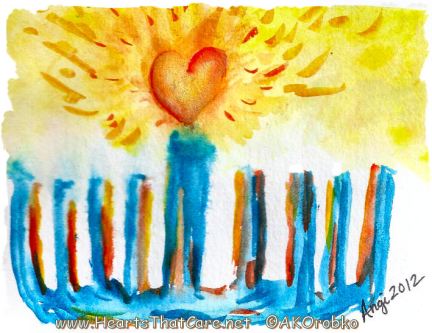 Besides the U.S. Thanksgiving, people around the globe are celebrating the Jewish eight-day festival of light and purity, Chanukah (Hanukkah), which started sundown November 27, 2013 through December 5, 2013. This is a celebration of triumph of light over darkness, of purity over adulteration, and of spirituality over materialism. The history of Hanukkah begins more than twenty-one centuries ago. The Holy Land was ruled by the Seleucids (Syrian-Greeks), who sought to forcefully Hellenize the people of Israel. Against all odds, a small band of faithful Jews defeated one of the mightiest armies on earth, drove the Greeks from the land, reclaimed the Holy Temple in Jerusalem and rededicated it to the service of God.

When they sought to light the Temple’s menorah (the seven-branched candelabrum), they found only a single cruse of olive oil that had escaped contamination by the Greeks; miraculously, the one-day supply burned for eight days, until new oil could be prepared under conditions of ritual purity.

To commemorate and publicize these miracles, the sages instituted the festival of Chanukah. At the heart of the festival is the nightly menorah (candelabrum) lighting: a single flame on the first night, two on the second evening, and so on till the eighth night of Chanukah, when all eight lights are kindled.

Chanukah customs include eating foods fried in oil — latkes (potato pancakes) and sufganiot (doughnuts); playing with the dreidel (a spinning top on which are inscribed the Hebrew letters nun, gimmel, hei and shin, an acronym for Nes Gadol Hayah Sham, “a great miracle happened there”); and the giving of Chanukah gelt, gifts of money, to children. Click here for the complete story of Chanukah.

(My gratitude to Chabad.org for the information posted.)

A Thanksgiving Poem: Counting My Blessings! 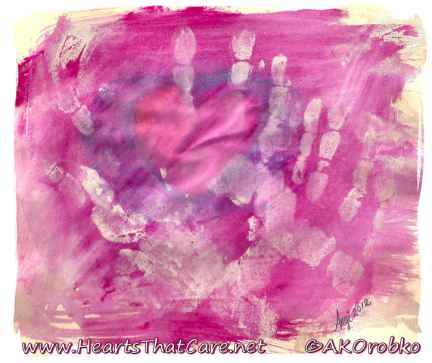 I am blessed to have
the gift of sight and
to smell wonderful fragrances
with my beautiful nose.

I am blessed to have
two sturdy, supporting limbs
that are attached
to my nearly perfect feet.

I am blessed to have
the gift of a caring heart
that is healthy and warm
and never skips a beat!

I am blessed to have
two strong arms
to hug and embrace
and carry a load.

I am blessed with
two wonderful hands
that allow me to wave,
to paint and to write this ode.

I am blessed with a great family:
supportive parents, a loving sister,
and an amazing husband.

I am blessed with all the people
in my life, from all over the world, the internet
and in my community whom I consider friends.

I can go on and on with an inexhaustible list.
But I know you get the idea that I FEEL so very, very blessed!