It is your DESIGN!
Wonderful and fine!

YOU get to CHOOSE!
YOU can’t LOSE!

YOU get to DECIDE!
Time to abide…

and LISTEN to your HEART
That is the BEST place to START!

DESIGN-ate your time; don’t wait!
And do NOT hesitate.

Define your deeds.
Fulfill your needs.

There is a fire in YOU that burns within.
Ignited by a desire or dream, fueled by adrenalin.

Awakening your creative spirit, setting it free.
Your senses come alive, YOU will see

that  it is time that you get to DESIGN-ate
Why do you wait? Don’t hesitate.

Is it FEAR
at your REAR?

Let it BE
Set your soul FREE!

It is your destiny and  fate!
To DESIGN-ate! 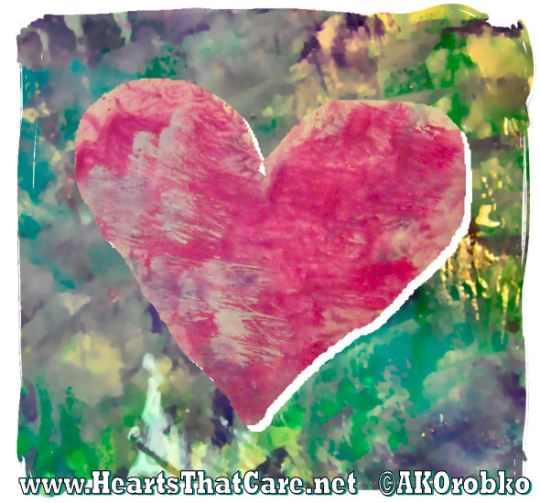 Counting my Blessings!
a poem by Dr. Angi K. Orobko

I am blessed to have
the gift of sight and
to smell wonderful fragrances
with my beautiful nose.

I am blessed to have
two sturdy, supporting limbs
that are attached
to my nearly perfect feet.

I am blessed to have
the gift of a caring heart
that is healthy and warm
and never skips a beat!

I am blessed to have
two strong arms
to hug and embrace
and carry a load.

I am blessed with
two wonderful hands
that allow me to wave,
to paint and to write this ode.

I am blessed with a great family:
supportive parents, a loving sister,
and an amazing husband.

I am blessed with all the people
in my life, from all over the world, the internet
and in my community whom I consider friends.

I can go on and on with an inexhaustible list.
But I know you get the idea that I FEEL so very, very blessed!

The Winds… (of Sandy)
by Dr. Angela Kowitz Orobko

The WINDS…they gust
with sinister lust,
powerfully bending the trees.

The full moon tides
that coincide,
flooding our lands willfully.

Heartfelt prayers and love
signaling the angels above,
to deliver us from hurt and destruction.

As time passes by
the wind still cries,
causing fear and dysfunction.

But we will soon see
through this melee
that we are more than just survivors.

Material things we can replace,
but not the human race,
so, let us hang on to each other.

It is a time for
Nationalism by honoring our
Democracy, Independence, Liberty and
Equal rights.
Patriotism bounds as we participate in parades,
Enjoy cookouts and watch fireworks.
Never letting go of the American
Dream, this
Awesome
Nation is able to
Celebrate and
Embrace freedom.

Daring to be…
Amazing and free…
You and me.

I am proud and delighted to be a citizen of the United States of America. I appreciate where I live and feel blessed to be born here. In all my travels, I have seen wonderful cultures and countries; however, I have not found another that surpasses the United States. God Bless America.

When you feel like you are in overdrive,
Feeling pent-up pressure, staying alive!
Then it is time for Letting Go!

Invite in the love and the joy,
Positive energy, presently employ.
Embrace this time of Letting Go!

Stormy weather comes with its gloom,
But its rains help the flowers to bloom.
Mother Nature knows the wisdom of Letting Go!

Now is the time for Letting Go!

(For the drawing of the Gift of Love bag; I will announce the winner tomorrow. I needed a few days to let go and relax ♥ Angi) 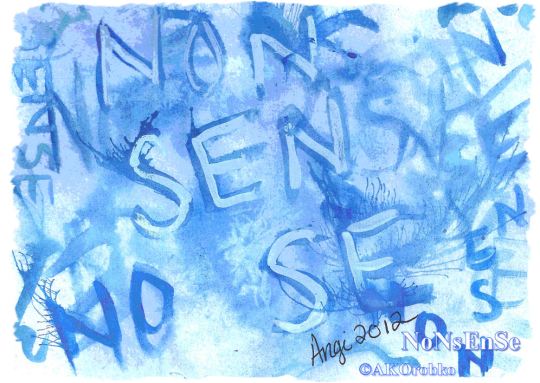 “I like nonsense, it wakes up the brain cells. Fantasy is a necessary ingredient in living, It’s a way of looking at life through the wrong end of a telescope. Which is what I do, And that enables you to laugh at life’s realities.” ~ Dr. Seuss, American writer and cartoonist best known for his collection of children’s books. 1904-1991

It is important for people to invite nonsense into their lives. The seriousness of day-to-day activities of adults extinguish that wondrous child deep inside each of us. Who says we can’t entertain a little nonsense, now and then. It stimulates laughter, fun and creativity in a very healthy way. Imagination allows people to truly connect with their inner self and in doing so, they can discover their inner joy.  Why not think the impossible and entertain nonsensical ideas. That is how we make discoveries.

Below is an excerpt from http://www.seussville.com/#/author

No matter what readers learn from Seuss’s books, they will most likely learn it in rhyme. Of the forty-four books written and illustrated by Dr. Seuss, only four are in prose. If we add books illustrated by others, or written under another name, or co-authored, or published posthumously, then the total number of books is sixty-six, with only five in prose.

Why did Seuss prefer poetry? Grandpa Seuss was a baker, and Ted’s mother, Henrietta Seuss, worked in her father’s bakery before becoming Mrs. Geisel in 1901. As the Morgans note, Ted and his older sister, Marnie, often went to sleep to the sound of their mother chanting to them “softly, in the way she had learned as she sold pies, ‘Apple, mince, lemon . . . peach, apricot, pineapple . . . blueberry, coconut, custard, and SQUASH!’” He later said that his mother was most responsible “for the rhythms in which I write and the urgency with which I do it.”

Along with Robert Frost and Billy Collins, Dr. Seuss is one of America’s most popular poets. One reason that he rarely receives the respect that they do is that Seuss writes for children. Some critics look down their noses at “kiddie lit,” refusing to understand that, though written for people with less height or less vocabulary, children’s literature is not a lesser genre. It is literature, and good children’s literature is as worthy of praise as good literature for grown-ups.

Seuss, however, is a powerful poet. He’s one of the few to change the language. Edward Lear’s “The Owl and the Pussycat” introduced runcible spoon. Lewis Carroll’s “Jabberwocky” coined both galumphing (a combination of galloping and triumphant) and chortle (chuckle plus snort). The word nerd first appears in Seuss’s If I Ran the Zoo

As his nonsense-poet predecessors did, Seuss invented a variety of animals and plants. Carroll gave us the Jabberwock, and Shel Silverstein, the Flying Festoon. Lear created the Jumblies, the Quangle Wangle, the Dong with a luminous Nose, and a wide range of fantastical flora. Seuss’s prodigious imagination created more, I think, than even Lear’s. In Scrambled Eggs Super! (1953) alone, Peter T. Hooper meets the Ruffle-Necked Sala-ma-goox, the Tizzle-Topped Grouse, the Shade-Roosting Quail, the Lass-a-lack, the Spritz, the Flannel-Wing Jay, the Twiddler Owl, the Kweet, the Stroodel, the Kwigger, the Long-Legger Kwong, the Grice, the Pelf, the Single-File Zummzian Zuks, the Mt. Strookoo Cuckoo, the three-eyelashed Tizzy, the Grickily Gractus, the Ziff, the Zuff, the Moth-Watching Sneth, the Dawf, the Bombastic Aghast, the Mop-Noodled Finch, the Beagle-Beaked-Bald-Headed-Grinch (apparently unrelated to the Christmas-stealing Grinch), Wogs (“the world’s sweetest frogs”), the Ham-ikka-Schnim-ikka-Schnam-ikka Schnopp, and a Jill-ikka-Jast. And that’s only one of Seuss’s bestiary books. He wrote nine more, each of which includes between a dozen to several dozen imaginary animals.

In tribute to Dr. Seuss (Theodor Seuss Geisel), I wrote this fun and nonsensical poem. 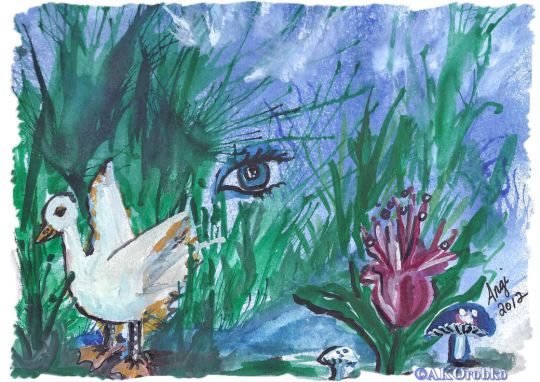 Nook Of A Brook
by Dr. Angi

Gobbledygook!
At the nook of a brook.
An eye stared my way.

Wet, I waddled.
Like a daffydaudle
Without a care today.

Free to be me,
Like a birdeebee,
My eyes stared right back

Well, what do you know!
It is my dear friend, Janey-joe!
Looking for fun-filled widdleywack.

Together we played,
Until the end of the day.
And found for whence we came,
Widdleywack, not talking back.
We enjoyed it all the same.

In closing, it should be noted that in 1991, a few weeks before his death, Dr. Seuss was asked if there were anything he might have left unsaid. Seuss replied, “Any message or slogan? Whenever things go a bit sour in a job I’m doing, I always tell myself, ‘You can do better than this.’ The best slogan I can think of to leave with the kids of the U.S.A. would be ‘We can . . . and we’ve got to . . . do better than this.’” Entertain nonsense and invite creativity into your life.

“Think left and think right
and think low and think high
Oh, the THINKS you can think up if only you try!”
Dr. Seuss 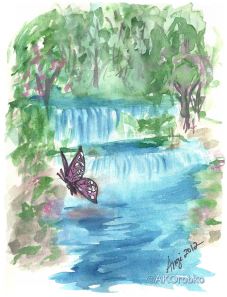 that decorate our skies,

I feel the warmth

I dream of you,

I dream of me,

I dream of connections

that can only be

Passed away to a place

Yet, when I close my eyes and

Transcend into a deep slumber,

These loved ones are with me today.

I feel their touch,

I smell their scent.

They are still here,

Perhaps it is true, what they say,

We never really go away.

Our life spirit and energy

Has only transformed into

what we will not know,

Until it is our time to go.

Yet in our dreams,

We get a glimpse of how

In that ether world,

Use not only those miraculous
Orbs that connect your mind
To the world through reflecting
Colors we call images,

But with each of your senses
Take in every fragrance,
Every resounding frequency,
Intonation, flavor and texture.

How does it enrich you,
As you ponder and truly see?
Awareness and wonder, or
Information overload, maybe?

No matter where you are,
You only need to utilize
Your modus operandi,
And savor the wealth of data
That is in your immediate presence.

Consider the screen upon
Which your eyes are gazing,
The bits and bytes moving
Rapidly to create this.

Feel the temperature upon
The receptors just beneath
The surface of your skin
As it gently signals your brain.

Are you comfortable?
Yes or no, you will adapt.
We all are capable of change.
Observe and truly see.
It is within you and in me.